Your home’s oil tank is an integral and essential, if not sometimes overlooked, element of your house. Traditionally, modern oil tanks are set to last roughly 20 years, but of course some can last longer and some can, unfortunately, have a shorter life span.

Depending on your oil tank’s location, you may not be able to regularly inspect it yourself. If your heating oil tank is in your home’s basement, you’ll have a much easier time accessing and checking it than if your home has an underground oil tank buried deep in the backyard.

However, there are actionable steps you can take to see if your oil tank, whether it be located in your basement or buried into your outdoor property, needs to be repaired or replaced.

One of the most clear cut and detrimental signs that your tank needs to be immediately replaced is if it is seeping any oil onto the ground. Oil tanks rust from the inside out, eventually creating holes in the storage tank that causes the oil to spill out.

Of course, it is much easier to see if your tank is leaking if it is located in your basement, but if you have a buried oil tank, you’re not out of luck! As long as you know your underground tank’s location, you can test the soil around it to see if any contaminants are leaking.

As soon as you notice your oil tank leaking, contact an oil tank removal company (we recommend Mikula Contracting) to remove it and have a new oil tank installed. You won’t want to let this wait, as leaking oil has the potential to be extremely hazardous to both your property and the environment.

If there is any moisture coming out of your oil tank, either on top of the tank or underneath it, this could be a sign that something is internally wrong with it and should be inspected immediately.

While this step will not apply to underground storage tanks, because rain, dew, and many other factors can contribute to your lawn being wet, if you have an oil tank in your basement and you notice wet spots on or around it, you’ll want to have it serviced sooner rather than later.

The Fuel Gauge is Not Accurate

If you think that your fuel gauge is not accurately reading how much oil is in your tank, this should raise a red flag. You’ll want to have it inspected immediately.

At the very least, you should plan on having your oil gauge replaced, but since it could be a sign of more serious issues happening within your tank, you may end up needing an oil tank replacement.

An inaccurate fuel gauge is not only a sign that your tank might not be properly functioning, but it could also mean that you’ve been spending more money on heating your home than you intended.

If you suspect that your fuel gauge is giving off inaccurate readings, get in contact with the team at Mikula Contracting so we can perform an inspection.

As we mentioned previously, an oil tank will, more often than not, deteriorate from the inside out. Over the years, debris builds up in the tank, eventually corroding through the receptacle. The moisture from the condensation builds up within the tank and interacts with the changing temperatures outside and begins to corrode from within, eventually reaching the tank’s exterior.

If your tank is dented or cracked, your alarm bells should be going off. If you notice that paint is chipping off of the tank, the heating system could be having serious issues that demand immediate attention. Similarly, noticing any rust on your tank is certainly a bad sign! If you spot any kind of exterior damage, it is quite likely that it’s time to remove and replace the tank.

If there is any noticeable damage on the outside of your oil tank, you could be due for a tank replacement. You will want to make sure an inspection is scheduled as soon as possible because exterior damage on your oil tank usually means it won’t be functioning properly for much longer.

Constantly Running Out of Oil

Are you burning through oil faster than usual? This could be a sign of damage to your tank.

As the homeowner, you should have at least a general understanding of how much oil you use in a typical season. If you notice any outliers that cannot be explained easily (perhaps this past winter was especially cold and you cranked up your heat for months), it is in your best interest to contact a professional to have your machine serviced.

If you are continuing to burn through oil at an alarmingly fast rate, it is quite likely that your tank is damaged and you’ll need to schedule a new tank installation. Risk of Not Replacing Your Oil Tank

If you decide not to get a new oil tank installed despite noticing signs of damage, you are setting yourself up for failure in the future.

While it costs money to have an oil tank removed and a new tank installed, it will cost considerably less than if your tank seeps contaminants throughout your property and you have to pay for its clean up and removal. It could very well end up ruining your lawn and costing you thousands of dollars.

In addition to the eventual burden of oil seeping from your tank onto your property and the properties adjacent to yours, you could find yourself financially liable for not only the clean up of your property, but for that of your neighbors’ properties as well.

An uncontrolled oil leak is also extremely hazardous to the environment. As the owner of the land from which the oil tank is leaking, you could also be held financially responsible for the soil remediation of all affected properties.

As you can see, leaving your oil tank untreated and not worrying about replacing it can end up disastrous and can also lead to serious financial burdens. While you may be apprehensive about paying for an oil tank replacement, it will be much cheaper than waiting until disaster strikes; then, you could not only be responsible for replacing your tank, but the risks outlined above can end up costing you much more money in the long run.

But is there anything you can do if you are not sure if you even have an oil tank buried underground?

If you have recently purchased a home and you are not sure if there is an underground oil tank buried beneath the property, the team at Mikula Contracting can help! A buried oil tank is practically impossible to spot with the naked eye, and as the new owner of said home and property, it’s something you should absolutely be aware of.

We can gladly perform a scan across your property for a buried oil tank and, if we find one, we will certainly inspect it for you. If you’ve purchased an older home, it’s likely that there will be an old oil tank hidden underground.

Depending on the age of the home and the amount of time in which it was vacant, it is likely that the underground oil tank has been improperly buried or, at the very least, corroded. This is not only a huge environmental and safety hazard, but could potentially be a big liability for you, as homeowner.

At Mikula Contracting, we can not only find and inspect your buried oil tank, but we can also replace it with a new tank, whether you prefer it to remain underground or if you’d like it to be installed indoors.

If you notice any signs of damage to your buried or aboveground storage tank, contact the team at Mikula Contracting to schedule an inspection. We’ve been servicing oil tanks for decades, so we’ll know if your tank is repairable or if you’ll need to have a new one installed. Click here to get in touch with us today! 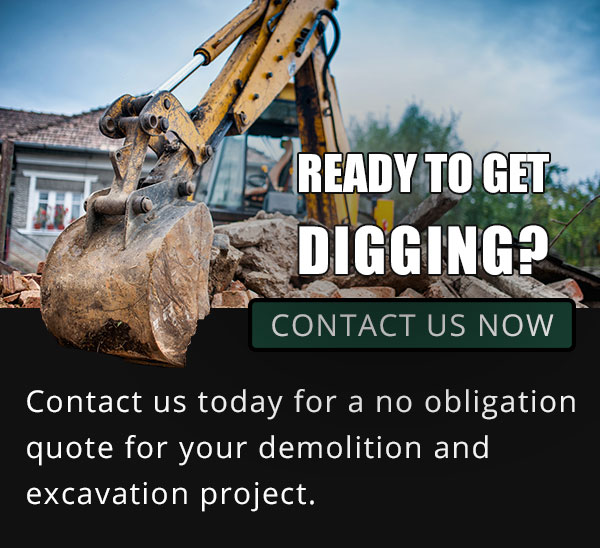